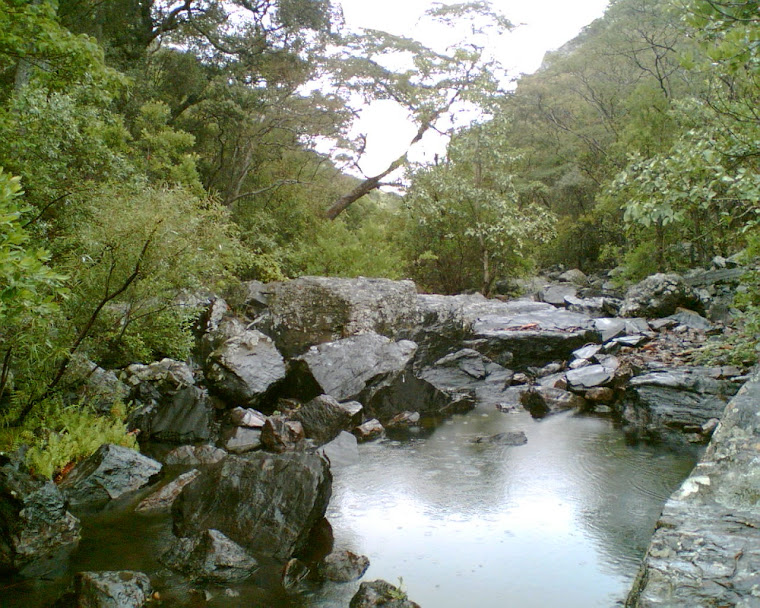 milesanderson: Robert Mugabe's Wonderful Legacy: Not even in the worst days of Ian Smith was there such a Repressive regime as that of Robert Gabriel Mugabe's. ...and now Emmerson Mnangagwa's
Posted by toerag at 8:44 AM No comments:

Indigenization in Zimbabwe- The TRUTH-Research and Advocacy Unit

The Theft of Private Assets

As NEPAD activity reaches new heights in global forums, the full
implications of the economic delinquency of the Mugabe government and its
effects on investors in the continent have still not been spelt out.
Businessmen understand the implications and we act accordingly, but it
seems as if African leaders, including Mbeki and Obasanjo, for all their
sophistication, do not. Perhaps its time to spell out just what it means.

In the past two years, the Mugabe government, with the tacit support of the
entire continent, has taken away from several thousand private investors in
Zimbabwe, assets worth at least one trillion Zimbabwe dollars. For those
who do not know what that sort of sum means, its

These assets were largely created after independence in 1980, with 83 per
cent of the owners acquiring them since 1980 - the majority with specific
government approval, which stated in clear terms that the properties they
were buying, were not required for land resettlement. What were those
assets? The full list is too long to publish here but it includes 8,5
million hectares of land, 258 000 hectares of irrigated land, 48 000
hectares of planted timber. 1,5 million head of beef cattle, 60 000 head of
dairy cattle, 12 000 hectares of citrus orchards, 2 700 hectares of
deciduous fruit orchards, 12 000 homesteads, 350 000 workers houses. 2 800
dams of various sizes, 3 500 automatic tobacco curing facilities, 37 000
tobacco barns. 2,5 million square meters of storage space, 20 000 tractors
of 75 horsepower and some 1 700 tractors of greater horsepower. Thousands
of implements, ploughs, harrows, planters, fuel storage facilities, combine
harvesters, hay balers and thousands of kilometers of fencing, water
pipelines cattle handling facilities, spray races and dip tanks.

These investors spent up to Z$120 billion a year on inputs, were supported
by 3 000 industrial and commercial firms, borrowed Z$30 billion last year
to finance the crops grown during the summer of 2001/02. When they made
money most of these investors simply spent it on their farms. Many were
highly intensive and well developed properties that would be the pride of
any country in the world. They funded research and training, marketing
efforts that reached across the world, they made Zimbabwean tobacco,
cotton, flowers and beef amongst the best known products of Africa.

They not only invested their own money, but borrowed money to invest. They
also invested their time and knowledge and many were active in their
communities helping the peasant communities in their districts to improve
their output and quality. They took out Zimbabwe citizenship and paid
taxes. They obeyed the law of the land in all respects.

Their reward for trusting Africa? Their government comes under threat from
democratic forces in their own country and decides that the white farmer is
an easy target and can be used, ruthlessly and without regard to the rule
of law or any other standard of human behavior, that they should be
sacrificed on the alter of political expediency. They have been killed (12
have died since the dispossession campaign started) beaten, imprisoned,
harassed, expelled from their properties by unruly mobs with weapons while
the police watched. They have been vilified and dammed by the state media,
accused of every crime in the book and a lot that are not listed. Now they
are watching helplessly as their hard won assets are stolen, vandalized or
worse - simply given to people with no experience of farming who qualify
simply because they are connected to the ruling party.

Not a single farmers association in the rest of the world has come to their
assistance. Not a single government in Africa has condemned this wholesale
theft of private assets in Zimbabwe and no one has proposed any form of
assistance for the people who are being dispossessed of everything they own
in many cases. Many of these farmers are literally sitting in car parks
with their personal effects wondering what to do next. They are being
forced in some cases to take their children out of school because they
cannot afford school fees and most are planning to move to another
continent where this nightmare will not happen to them again.

Would you trust Africa with your money - if leaders who do this are allowed
to get away with it and in fact are lauded by the ignorant and prejudiced
in other countries, for taking action which will "correct the injustices of
the past"? Start talking that language and where would any of us be? Land
is at the core of the Zimbabwe crisis - I agree, but what crisis? The
crisis of governance, human and legal rights, the security of investment in
a foreign land?

If you add this litany of theft and abuse to the issues of sound fiscal and
macro economic policy then you have an outlook for investment in Africa
which only the completely blind and deaf could ignore. If you owned a
pension in Zimbabwe and it was invested in the money market here, it would
be shrinking at the rate of about half its value annually at present. If
you retired on a pension after 35 years of faithful service to your
company, your pension would not buy you groceries in three years.

If you invested in an export industry and intended to attack world markets
with your finished product, when you were paid, the State would take 40 per
cent of your gross receipts and convert it at 25 per cent or less, of its
true value. If you invested in a gold mine, they would take 80 per cent of
your gross receipts and pay you 40 per cent of its true value. Then if
after all that you made any money, you would be subject to some of the
highest tax levels in the world - Zimbabwe collects over 30 per cent of its
GDP in taxes each year. If you were employed on a standard contract of
employment you would start paying taxes on an income of US$85 per month and
pay up to 80 per cent of what you earn to government in one form of tax or
another. You would get nothing back - no free education, no free health,
and no long-term security of any kind.

On top of that you might be told who to employ, denied residence permits
for essential staff, obligated to take into your company, partners who
would contribute nothing but demand to be treated as principals. Or you
might be faced with price controls which prohibit you from making a profit,
or be faced with demands for bribes in order to get your trading license or
a health certificate or even an import permit. If you wanted a telephone
line into your new factory you might have to wait 5 years or pay a bribe to
have a line taken from another customer and given to you. You might be
faced with a state-sponsored trade union that will make impossible demands
on you for wage increases and other perks. Dismissing an employee who fails
to turn up to work or simply is incompetent might prove to be impossible.

Investors in Zimbabwe today face every one of these problems every day - no
matter how large or how powerful. Foreign ownership does not protect you
from these pressures and in fact sometimes is a liability, because you have
no local political sway.

Mbeki says that Africa is changing - I agree, but if they allow Mugabe to
get away with this outrageous behavior in economic and political terms,
then what guarantee can Mbeki give that it will not happen tomorrow in
South Africa, or Zambia, or anywhere else on the continent. Globalisation
means that people who want to invest can place their money anywhere in the
world and they can choose to do so. Choice means that Africa has to attract
investment and to do so it must protect and succor the investors who are
already here. Not treat them as economic prisoners behind prison walls
where they can do what they want to them and the rest of the world will not
give a damn.

During the struggle for independence, dignity and freedom in Zimbabwe, the
liberation movements claimed they were working for democracy (one-man one
vote), freedoms of association and expression, human rights and dignity and
equality before the law. One of the things that distresses me most in the
present crisis in Zimbabwe is that so few African intellectuals and leaders
are speaking into our situation in defence of those principles. They remain
silent, and by implication, they silently give Mugabe legitimacy and
acceptance of activities that are undermining everything they stood for
during the years of struggle. If this does not change, NEPAD is dead in the
water, before it begins.

Not even in the worst days of Ian Smith was there such a Repressive regime as that of Robert Gabriel Mugabe's. And now of Emmerson Dambudzo Mnanagagwa's


In Zimbabwe today members of the opposition are being Raped, Beaten and Killed for daring to think differently to Robert Mugabe and now Emmerson Dambudzo Mnangagwa


In Zimbabwe there is NO real Freedom of Association. This is the Legacy of Robert Mugabe and now Emmerson Dambudzo Mnangagwa


In Zimbabwe there is NO real Press Freedom. This is the legacy of Robert Mugabe and now Emmerson Dambudzo Mnangagwa


Over 2 Million people have been tortured in Zimbabwe!! and every day the figure swells. The Legacy of Robert Mugabe and now Emmerson Dambudzo Mnangagwa

12% of Zimbabwean children die before their fifth birthday. This is the Legacy of Robert Mugabe and now Emmerson Dambudzo Mnangagwa


Over 80% of Zimbabwe's population live in poverty. 93% are unemployed! This is The Legacy of Robert Gabriel Mugabe and now Emmerson Dambudzo Mnangagwa
No one will help the masses, for big business thrives on peoples suffering and while Dictators rule in Africa, the worlds multinationals will continue to reap vast profits.
Zimbabwe is a Microcosm of the Macrocosm. All the worst evils that plague monetary based systems are magnified in Zimbabwe and whilst the rich get richer, the vast mass of the population live lives that are unhealthy, undernourished, uneducated and without hope.
Posted by toerag at 11:43 PM No comments:

toerag
Los Angeles/ San Diego, Cailfornia, United States
Born in Harare. Miles is the son of General Jock Anderson who was sacked by Ian Smith for his opposition to UDI and the The Rhodesian Front Government. He frequently visits Zimbabwe and is an active supporter of Opposition groups within that country. Details of his professional life can be sourced at http://pro.imdb.com/name/nm0027215/ and at: http://www.theoldglobe.org/pressphotos/Amadeus.html